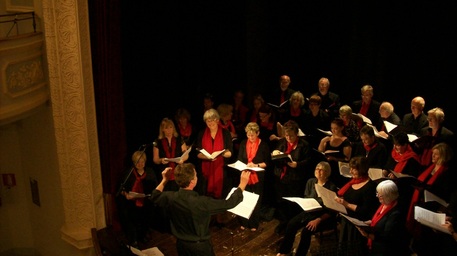 Richard Lea rehearses the Cantata Choir on their 2011 Italy Tour
Richard Lea is the Cathedral Organist and Assistant Director of Music.

He studied at the Royal Northern School of Music and Christ’s and Notre Dame College in Liverpool.

After being appointed Organ Scholar at Liverpool Metropolitan Cathedral from 1984-87 he then became Organist at the Church of St Oswald and St Edmund Arrowsmith, Ashton-in-Makerfield, Lancashire.

He was appointed as Organist and Assistant Director of Music at Liverpool Metropolitan Cathedral in 1999.

Priory Records have brought out his three CDs of the organ works of Lefébure-Wely and Richard has recently recorded the works of William Mathias for Priory.