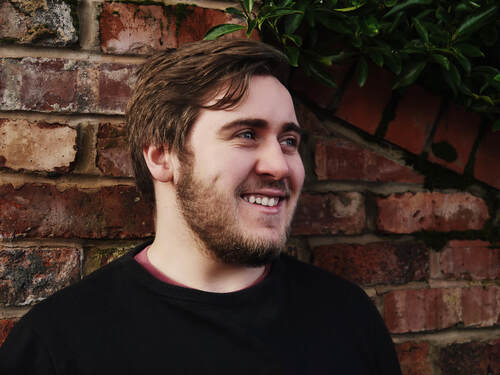 ​Sam Knock
​​​Based in Manchester, Sam is an undergraduate Tenor studying under Peter Wilson at the Royal Northern College of Music. Most recently he has performed Jonathan Dove’s Mansfield Park at the RNCM, playing the role of Mr. Rushworth, after which he will be joining  Buxton Opera, as a 2020 Young Artist.

Prior to this Sam has participated on a tour of Peter Grimes with Bergen National  Opera. During the tour he performed at the Grieghallen, Oslo Opera House and Royal Festival Hall, while also creating a CD Recording with Chandos Records.

​Recent concert performances include  Bruckner Te Deum, Mozart Requiem and Vespers, and his Operatic performances include playing the roles of Worldy Glory and the Tenor Soloist in Vaughan Williams’ The Pilgrims Progress, and the role of Baron Kronthal from Der Wildschutz in RNCM Opera scenes.

Outside of the RNCM, Sam has enjoyed performing in the chorus of the UK debut of Silent Night with Opera North, and performances and a recording of Berlioz Requiem with Bergen Philharmonic Choir. Prior to his time in Manchester he recorded and performed in the debut of Kevin Mayhew’s work A People of Peace in his hometown Bury St Edmunds.

Alongside his studies, Sam regularly sings as a Deputy Lay-Clerk at Manchester Cathedral. Before coming to college Sam spent two gap years as Scholar at Norwich Cathedral. During his time in the choir they performed at various venues including St. Peter’s Basilica and Cologne Cathedral, and performed large-scale works such as Bach’s St John Passion, Mozart’s Requiem and various commissioned pieces by composers such as Gabriel Jackson. While in Norwich he worked with groups such as The Morley Consort of Voices, and took part in various concerts, festivals, tours and recordings in and around Norwich. Alongside his choral duties, Sam was also a founding member of the close harmony and barbershop group ‘Close Encounters’ and this influenced him to help form the Manchester based ensemble ‘Project6’, which recently enjoyed a well-received concert at Whitworth Art Gallery in Manchester.