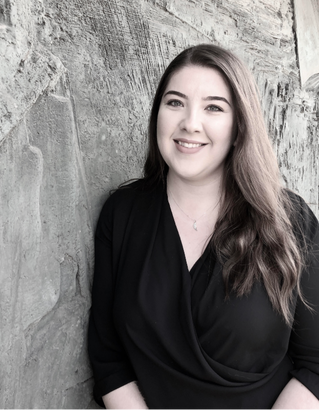 Beth Hartless, soprano
Beth Hartless is a soprano from Liverpool, whose passion for music-making was kindled at an early age as a singer in her local church choir.  In 2008, at the age of 13, she auditioned and became one of the founding chorister members of the Metropolitan Cathedral’s Girls’ Choir under Philip Arkwright.

In 2016, Beth was awarded a full music scholarship to Hope University in recognition of her ‘exceptional musical promise’.  In July 2019, she completed her bachelors degree in music, gaining the highest possible marks for her final recitals.

Beth’s most formative teachers have included Lynne Rogers and Vanessa Williamson. While at university, she was a member of Voices of Hope, the elite vocal ensemble and musical flagship of the university, founded by Evgenia Petrenko and currently managed by Prof Stephen Pratt: this ensemble performs at many of the university’s high-profile engagements, including prestigious corporate events and graduation ceremonies.

Beth is in demand as a soloist, with a strong local following and a continuing association with the Metropolitan Cathedral, where she is regularly called upon to act as a cantor for Diocesan services (at the Cathedral
and throughout the Archdiocese) and as a member of the Cathedral Consort.  Beth has premièred many new works, including ‘Today, Tonight and Forever’ by Mike Stubbs, a piece named as one of the JAM Call for Music winners in 2016, and most recently ‘Death and the Lady’ by John Moseley.

Beth is actively pursuing a career as a solo performer.  She lives in Liverpool with her fiancé James and they frequently enjoy performing together as a duo.