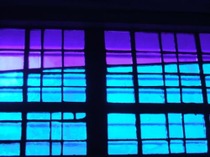 The Archbishop of the Liverpool Archdiocese , Patrick Kelly shares with Veronica Scarisbrick some of the highlights of the ‘Missio Metropolis’ project which sought to renew the proclamation of the gospel during Lent 2012 .

A project which involved twelve cities across Europe and which stemmed from an invitation on the part of the Holy Father through his most recently created of the Pontifical Councils, that for Promoting New Evangelisation whose President is Archbishop Rino Fisichella .

In a special way Archbishop Kelly shares the emotions of a performance which became part of the Metropolitan Mission events in the Cathedral of this city : “..perhaps the most extraordinary, which wasn’t part of the original plan was on the eve of Palm Sunday …there was going to be a performance of the music for the Stations of the Cross by Franz Liszt and we decided to make it part of the praying of the Stations ..when it finished there was not the slightest temptation to applaud there was just an amazing silence…there was something very much about reaching out in that journey.”

In this interview Archbishop Kelly is also careful to point out that not all the Lenten events took place in the Cathedral : “…quite deliberately every Friday night I went to the North East corner and offered reflections leading to Holy Week and that was ecumenical., many people from other Churches came and I think were encouraged by learning how the Roman Catholic Church keeps Holy Week. I think it was again a real sowing of seeds..”